History and Discovery of Electricity

Electricity is one of our most useful sources of energy today. It is hard to imagine how a modem industrial society could exist without electricity. But until the mid-1800s, no one knew much about electricity or how to use it. Until then, electricity was nothing more than a scientific curiosity.

These experiments led to an understanding of electromagnetism. The relationship between an electric current and a magnetic field. Electromagnetism is the foundation of all our modern electrical machinery and equipment.

Understanding the relationship between electricity and magnetism has made it possible to invent machines that generate large amounts of electricity at low cost. Electricity from these generators drives countless kinds of industrial machinery and provides mass transportation in our cities. It also provides the power for light, heat, communications, and data processing. 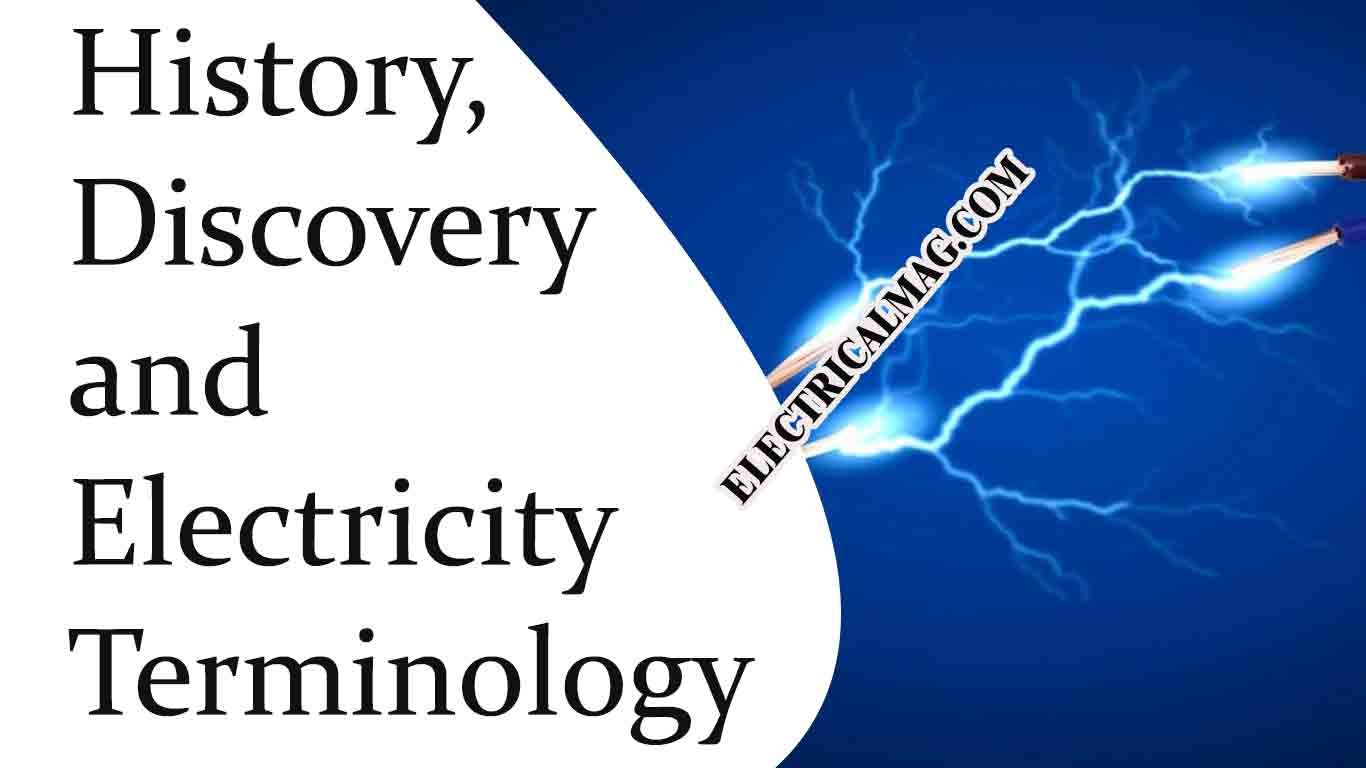 Electrical and electronics technicians use special words and phrases, just as carpenters and mechanics do. The workers in each trade have their own special ways of communicating to other workers in the trade. When you use electrical terms, make sure you understand what each term means

For example, you may hear someone say, the power output is low.” You may think you know what the statement means. But the word “power” has a very special meaning. Low power is not necessarily the same as too little electricity.

Almost every electrical machine or appliance has a tag or nameplate stating the operating voltage and current of the unit. These terms also have special meanings. You must understand those meanings in order to make use of the information they provide.

Electrical voltage is often compared to pressure in a water system. The two ideas are not exactly the same. But they are enough alike to make the comparison useful. You may find electricity easier to understand at first if you think of voltage as a sort of electrical pressure” that pushes electric current through a wire or through a piece of equipment.

Another name for voltage is electromotive force, abbreviated EMF. This term is use by many people, but it is very misleading. Electromotive force is not the same as the force of gravity or the force that a tool exerts on a work piece. It refers to the same electrical pressure as voltage, and it is measured in volts.

Electricity in motion is called current electricity. You can think of electric current as being similar to a current of water in a pipe or in a stream. But there are some important differences you must learn about in order to avoid confusion. Electric current is measured in amperes, often abbreviated amps.

To built up enough static electricity on your body, the electricity may suddenly jumps from your hand to the metal. It jumps just before you touch the metal. Then you can feel the electricity flowing for an instant. You call that feeling a “shock.” The shock may startle you and may cause a little pain, but it is harmless.

If you connect a wire across the terminals of a dry cell or a storage battery, electric current flows through the wire. The flowing electricity raises the temperature of the wire. The wire may become hot enough to glow or even melt.

Scroll back to top