Electric current is one of the basic electrical terms described as when electrons flow from one place to another, they make a current. The electrons always flow from a negative point to a positive (or less negative) point, because electrons have a negative charge.

Unfortunately, the direction of the current flow can be confusing. Some people think of a positive current that is in the opposite direction from the electron flow- that is, from positive to negative instead of from negative to positive. You must be careful to distinguish between the two kinds of flow. Both kinds are commonly used in words and diagrams.

Electrons flow along with some kind of path in going from one point to another. This path is called a circuit. If the path has no gaps to stop the flow of electrons, the circuit is said to be complete or closed. 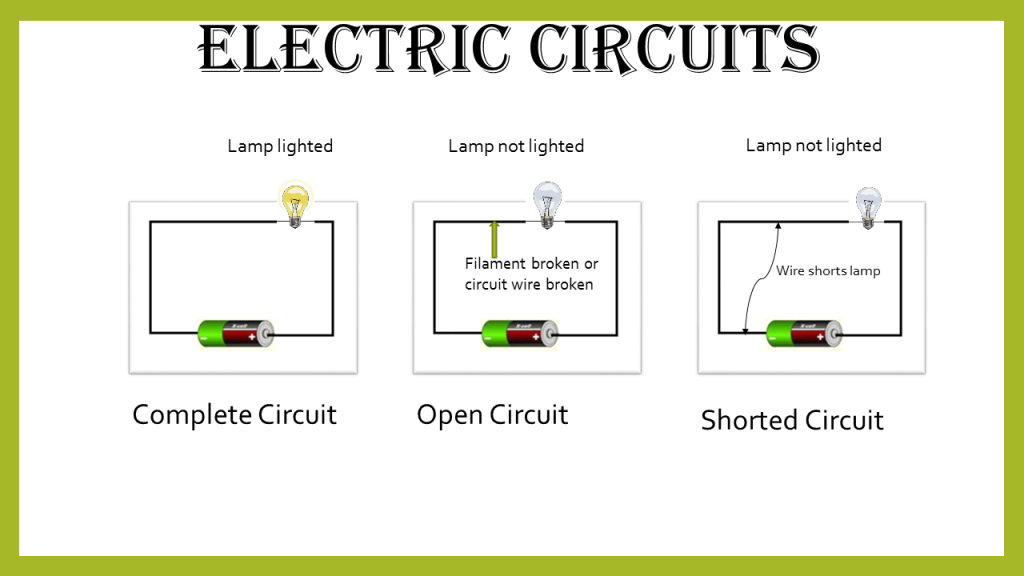 This term is the correct name for what is often called “voltage” or “electromotive force.” Potential difference is a measure of how much potential energy an electron has in one place compared to another place.

Every electrical pathway from one place to another has the property of resisting the flow of electrons. Some pathways resist the flow only slightly. For example, a thick copper wire offers very little resistance. Other pathways-for examples, an air gap-offer great resistance. The greater the resistance, the less the current for a given potential difference.

Electricity can be produced by chemical means. The arrangement of materials that produces a potential difference between two points by chemical resources is called a cell. Familiar cells include the dry cells used in flashlights, calculators, and radios.

When you connect two or more cells together, the combination is called a battery. If your calculator takes two dry cells, the grouping is called a two-cell battery.

As you study the remaining lessons in this course and the other courses in your series, make sure you learn the proper terms to use in discussing electricity, and the exact meaning of each term. Always use the correct terms, even if other people do not. If you use the wrong terms, you are likely to be misunderstood. In addition, other people will think you know less about electricity than you actually do.